Over ten million people around the world live with the degenerative effects of Parkinson’s disease. This progressive nervous system disorder often causes tremors, joint stiffness, sensory processing difficulties, and anxiety, all of which could lead to trouble sleeping.

Not only can the symptoms of this debilitating disease cause sleep problems, but some of the medications taken to relieve them could also contribute to broken sleep. So if you’re looking for a natural, prescription-free treatment, a weighted blanket is a great way to relax someone with Parkinson’s and help them get a better night’s sleep.

Sleep deprivation leaves your brain susceptible to oxidative stress, which has been linked to Parkinson’s disease. Since an official diagnosis of the disease isn’t typically made until you develop motor symptoms, trouble sleeping could help diagnose the disease sooner, before a significant amount of brain cells have been damaged. 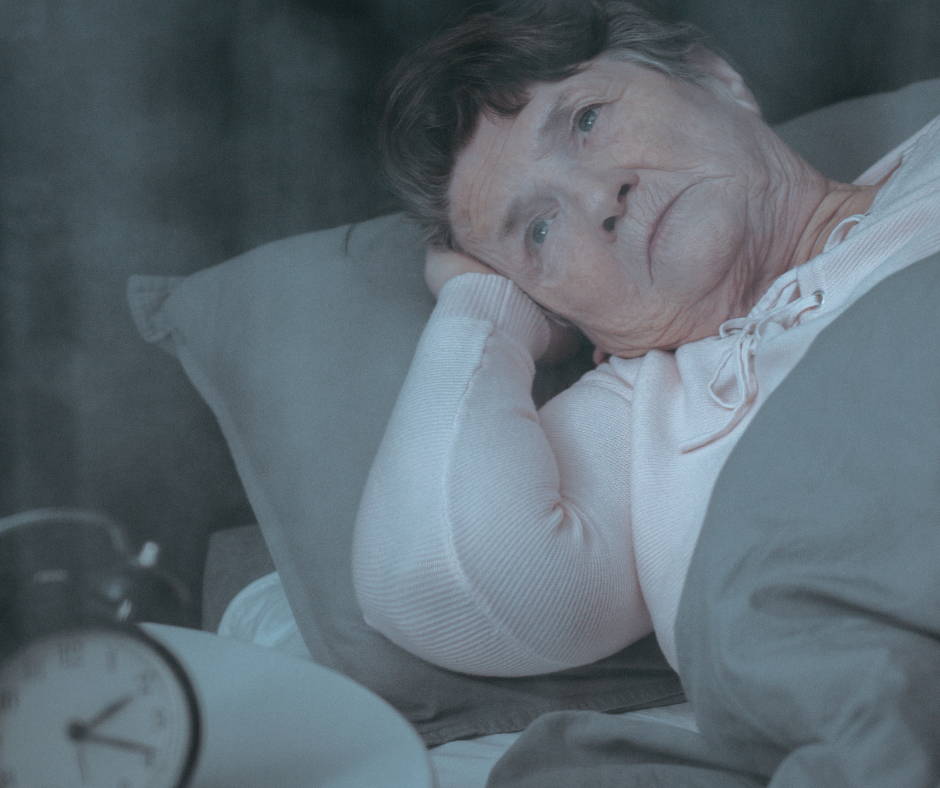 While this theory is in the early stages of study, the connection between sleep and Parkinson’s disease could help doctors screen and diagnose at-risk individuals in the earlier stages of the disease.

The Effects of Parkinson’s Disease On Sleep

The suggested number of hours an adult should sleep is between seven and nine. While there are plenty of healthy adults out there who don’t get that much, people with Parkinson’s disease are likely to get less. One study revealed people with Parkinson’s average a little over five hours of sleep per night. The study also showed they woke up twice as often as people their same age, but without the disease.

There are several reasons why someone with Parkinson’s disease might have trouble sleeping. Some are due to symptoms of the disease, and some may be side effects of medication they take.

Research indicates over 30% of people with Parkinson’s disease suffer from sleep-onset insomnia, also called primary insomnia. Typically, it’s related to anxiety and depression. Like anyone who suffers from anxiety, it's tough to fall asleep when you're stressed out.

Also referred to as secondary insomnia, sleep fragmentation is the most common sleep problem in people with Parkinson’s. This is typically due to discomfort thanks to joint and muscle stiffness, but can also be a side effect of medication.

Because people with Parkinson’s wake more frequently than others, they don’t get enough restorative REM sleep.

And when anyone doesn’t get enough sleep, they tend to be moodier, more forgetful, and sleepy during the day. (Just think about parents of newborns - it’s like that.)

Sometimes, the REM sleep people with Parkinson’s disease manage to get isn’t too great anyway thanks to RBD. The REM sleep stage, is the stage where we tend to have the most vivid dreams. If you’re healthy, your body puts itself into a type of paralysis during REM sleep, so you don’t flail around and act out your dreams.

But if you have RBD, that paralysis doesn’t happen. And unfortunately, people with RBD tend to have more vivid, intense, and violent dreams. As you can imagine, RBD can be pretty dangerous to the dreamer and to those around them. Plus, it’s extremely disturbing to sleep because those with RBD often wake up during the the attack.

20% of older adults with Parkinson’s disease suffer from sleep apnea, compared to only 5% of adults the same age without Parkinson’s. This sleep-related breathing disorder can be dangerous and disruptive to not only the person suffering from it, but also their partners. That’s because people with sleep apnea tend to snore, gasp, choke, and feel a shortness of breath.

Psychosis, hallucinations, and confusion during the night are common in people with Parkinson’s and may lead to trouble sleeping. And it’s no wonder since many Parkinson’s patients claim to feel the sensation that someone is standing behind them or are even able to explain terrifying realistic visions.

Cognitive impairments, vision changes caused by the disease, or medication could be to blame. But no matter what the cause, it’s easy to see why this might lead to sleep problems for people with Parkinson’s. 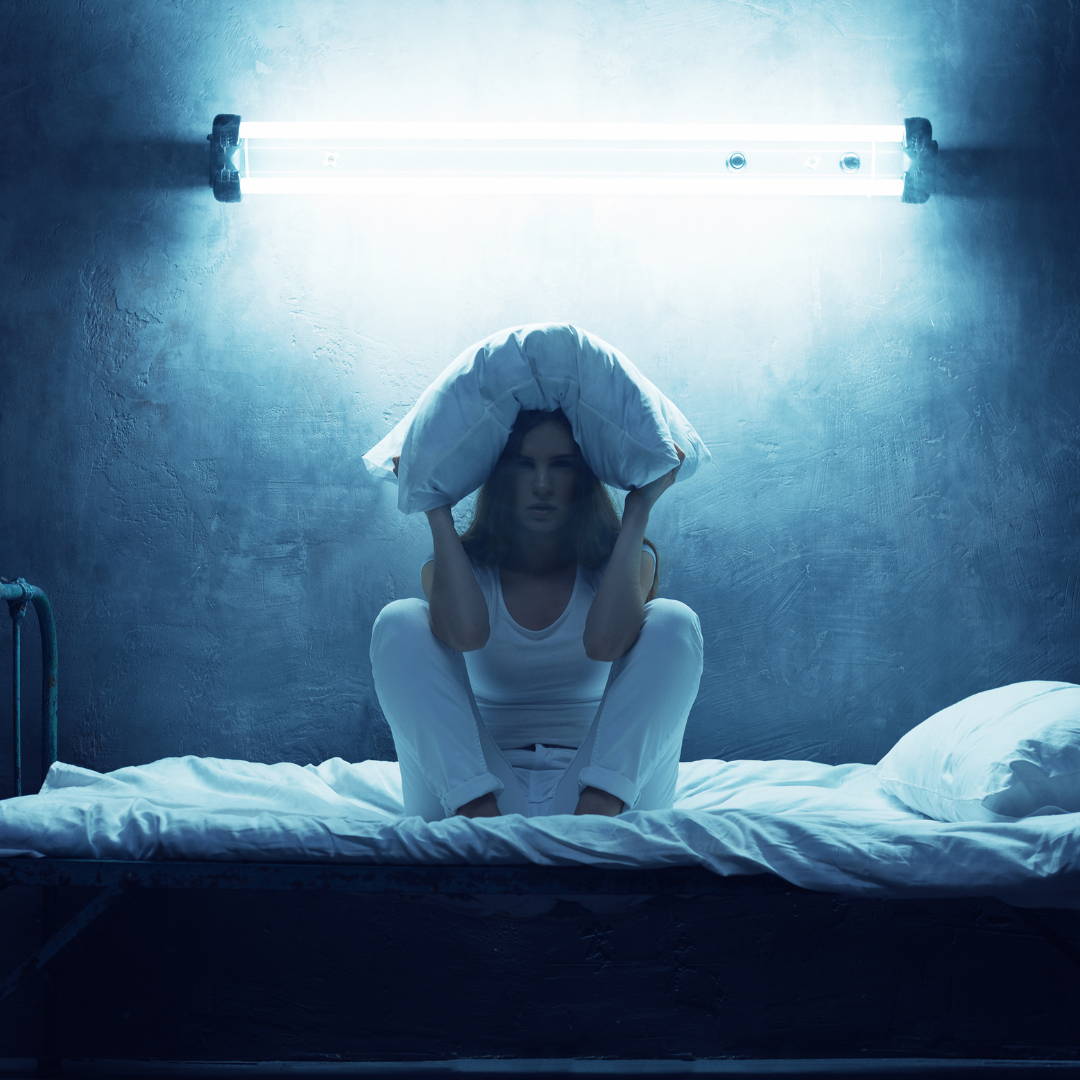 Frequent Nighttime Trips to the Bathroom

Autonomic dysfunction is a common symptom of Parkinson’s disease and includes the increased urge, hesitancy, and frequency to urinate, especially during the night. Like any pregnant woman will tell you, having to get up to use the bathroom several times a night does a number on your sleep.

Unfortunately, there’s no cure for Parkinson’s disease. But there are natural ways to help symptoms associated with sleep problems. One of those practical solutions is the use of a weighted blanket.

The science behind weighted blankets lies in its delivery of Deep Pressure Stimulation (DPS) (link). Thanks to the evenly-distributed weight inside, when draped over you while sleeping or resting, you feel a slight pressure. DPS increases melatonin and serotonin, which help you feel calm and relaxed, while simultaneously decreasing cortisol, which is your stress hormone. 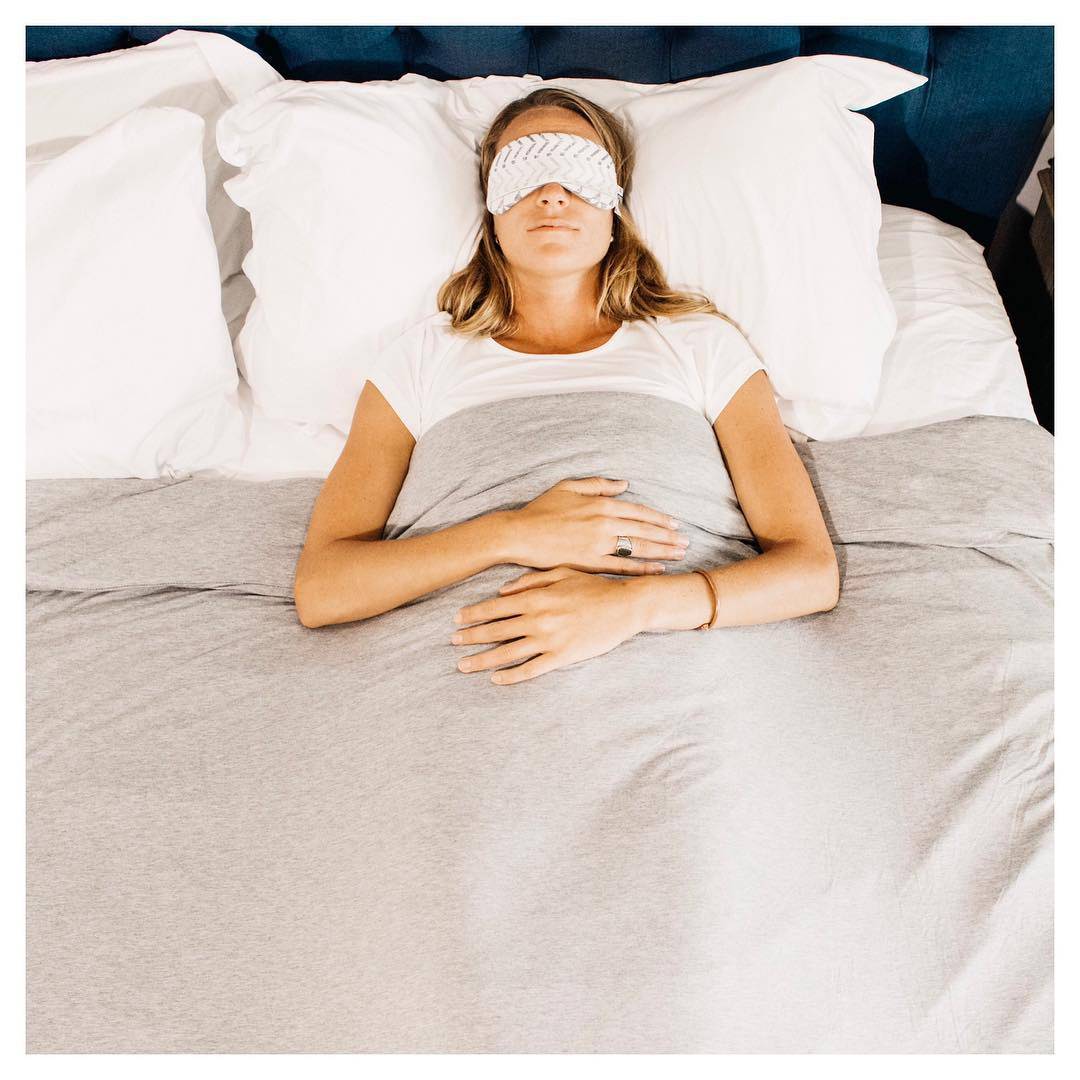 Comments will be approved before showing up.

Sign up to get the latest on sales, new releases and more …