What Does Your Sleep Chronotype Mean For You?

Some of us are up with the sun and ready to take on the day, while others of us are most productive after the sun goes down. Have you ever wondered why that is? Why are some of us “early birds” while others are “night owls”? Well, there’s actually a biological reason for it called your chronotype. And it has nothing to do with winged creatures.

What is a Chronotype?

The science of sleep has been studied for centuries, but it wasn’t until the mid 1970s that someone provided insight into why some of us can wake up easily while others rely on gallons of coffee to get going.

In 1976, Swedish scientist Olov Östberg and his partner J.A. Horne published a “Morningness-eveningness questionnaire (MEQ) that is still used today to help determine your predisposition to being a “morning person” or an “evening person”. The MEQ consists of 19 questions pertaining to when you’re typically more awake or sleepy, when you’re hungry, and when you’re most productive.

In 1987,the Circadian Type Questionnaire (CTQ) came on the scene. Based on the principals of the MEQ, this 20-question survey was used to identify people better able to adapt to working the night shift.

After these few mutations of the original MEQ, there were a few more here and there, but let’s get to the one lots of people are talking about here in the 21st century: the chronotype.

A chronotype is basically the kind of circadian rhythm your wired with.

“What’s a circadian rhythm?” you ask?

Your circadian rhythm is your natural 24-hour sleep-wake cycle. To live an optimally healthy life, you want your circadian rhythm to remain in check, which means you have to make sure you get a good   seven to nine hours of high-quality sleep every night.

That goes for everyone. But when are you biologically and genetically predisposed to get that wondrous sleep? Well, according to clinical psychologist Michael J. Breus, PhD, that depends on your animal.

Not your dog. (Although some dogs can seriously disrupt   sleep cycles - speaking from experience.) 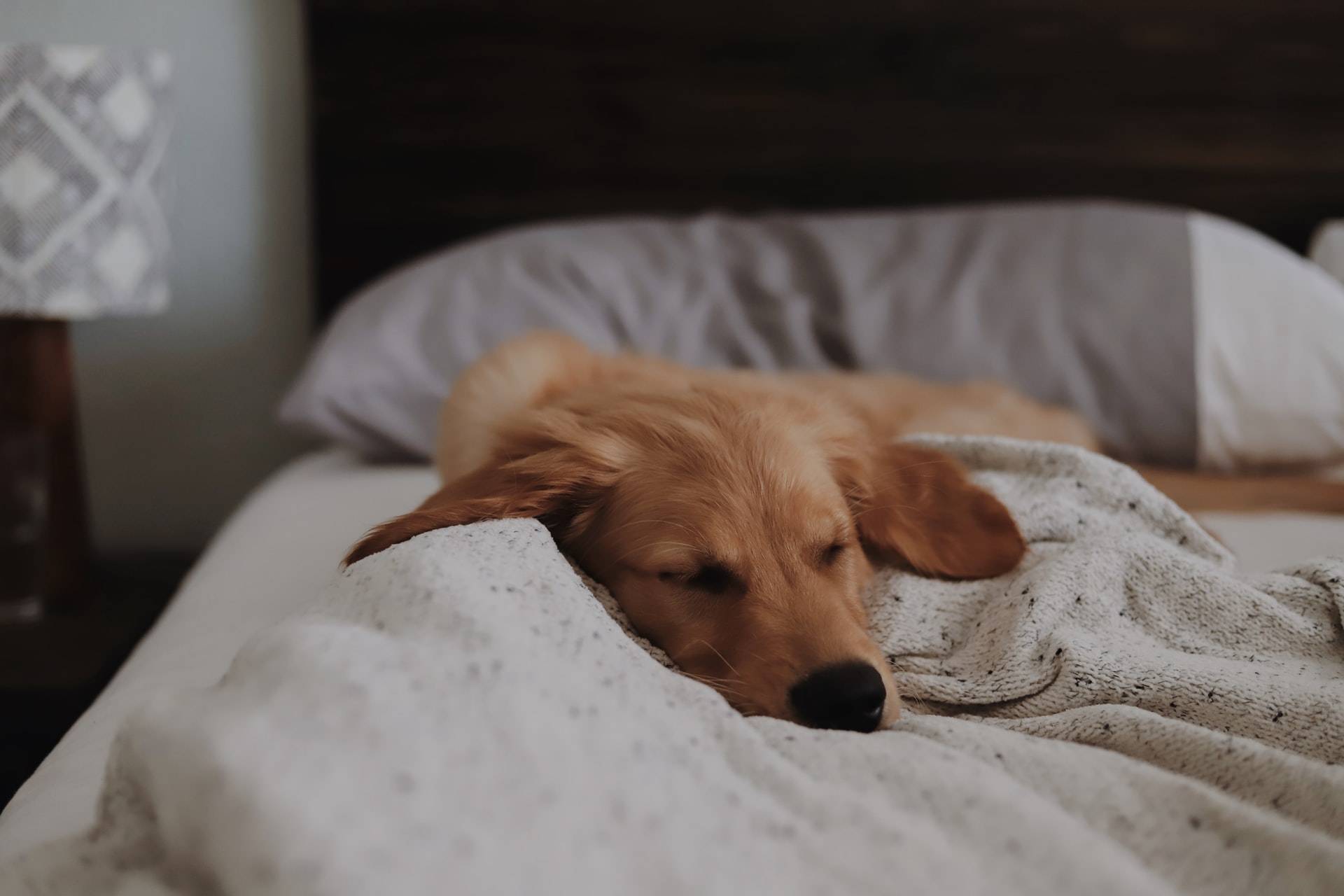 According to Dr. Breus, your chronotype is genetically predetermined. So just like your wide feet or slow metabolism, you don’t have a whole lot of say in the matter. Although, he does say your environment and other external factors do have something to do with your chronotype, to some extent.

The chronotypes are broken down into four different animal categories, each animal bearing similarities to the characteristics of each type of person associated with them.

You might be singing, 🎵 “One of these things is not like the other”🎵, but there’s a reason he threw a dolphin in there with the three furry land mammals.

Just like the king of the jungle, those of us deemed to be the lion chronotypes, are the kings of waking up early and being pretty awesome about it. That means your sister Jenny, who would just as soon as gouge your eyes out if you don’t leave her alone for an hour every morning, is NOT a lion.

Lions seize the day by naturally waking up early, seldom needing to do so with an alarm. As if that wasn’t enough to show off the the rest of the sleepy non-lions, they rarely ever need to use that fabulous snooze button. 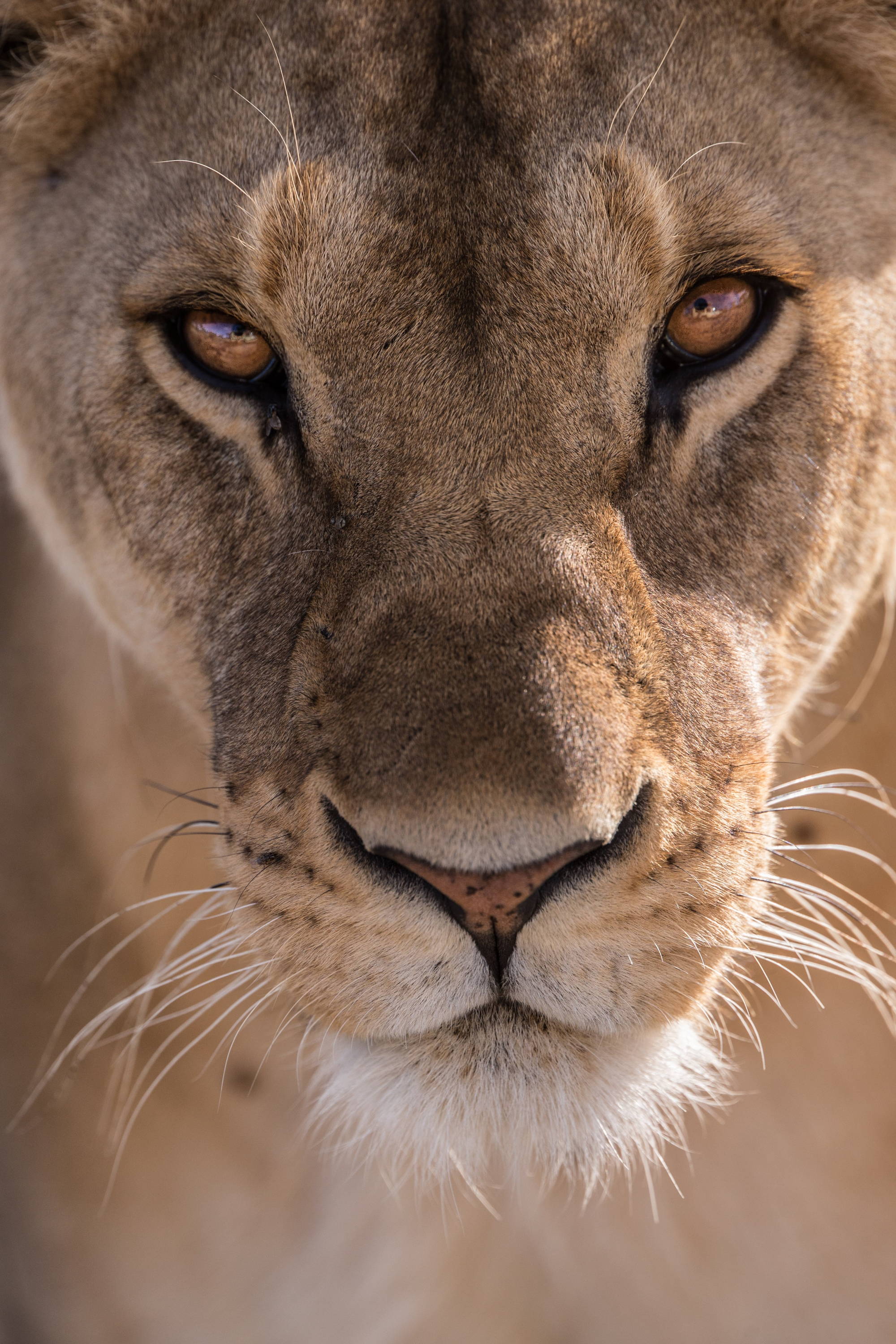 This is the most popular sleep chronotype among us humans. Bears typically keep a standard sleep/wake schedule. No, ‘standard’ doesn’t apply to your ornery teenager who stays up until sunrise and sleeps until dinnertime. Bears typically get up around 7:00 am and go to sleep around 10 or 11:00 pm. 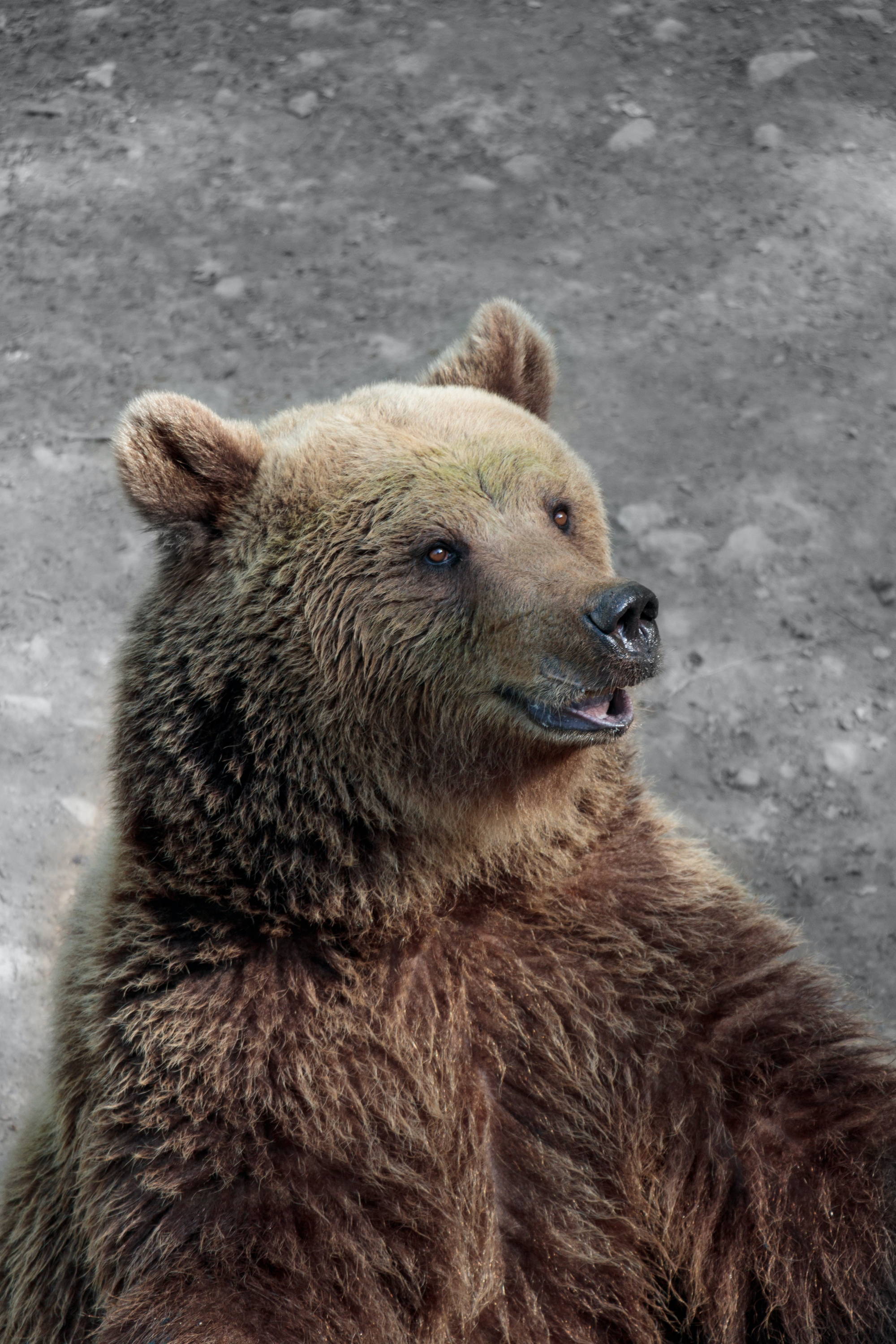 When you think of wolves, you likely think of furry untamed doggies who roam the woods in the nighttime hours. Well, that’s pretty much synonymous with a wolf chronotype.

Okay, maybe not the wandering through the woods at night (maybe?), but wolf sleep chronotypes do their best work late at night. They rarely ever hit the pillow before the clock strikes midnight and absolutely abhor mornings. 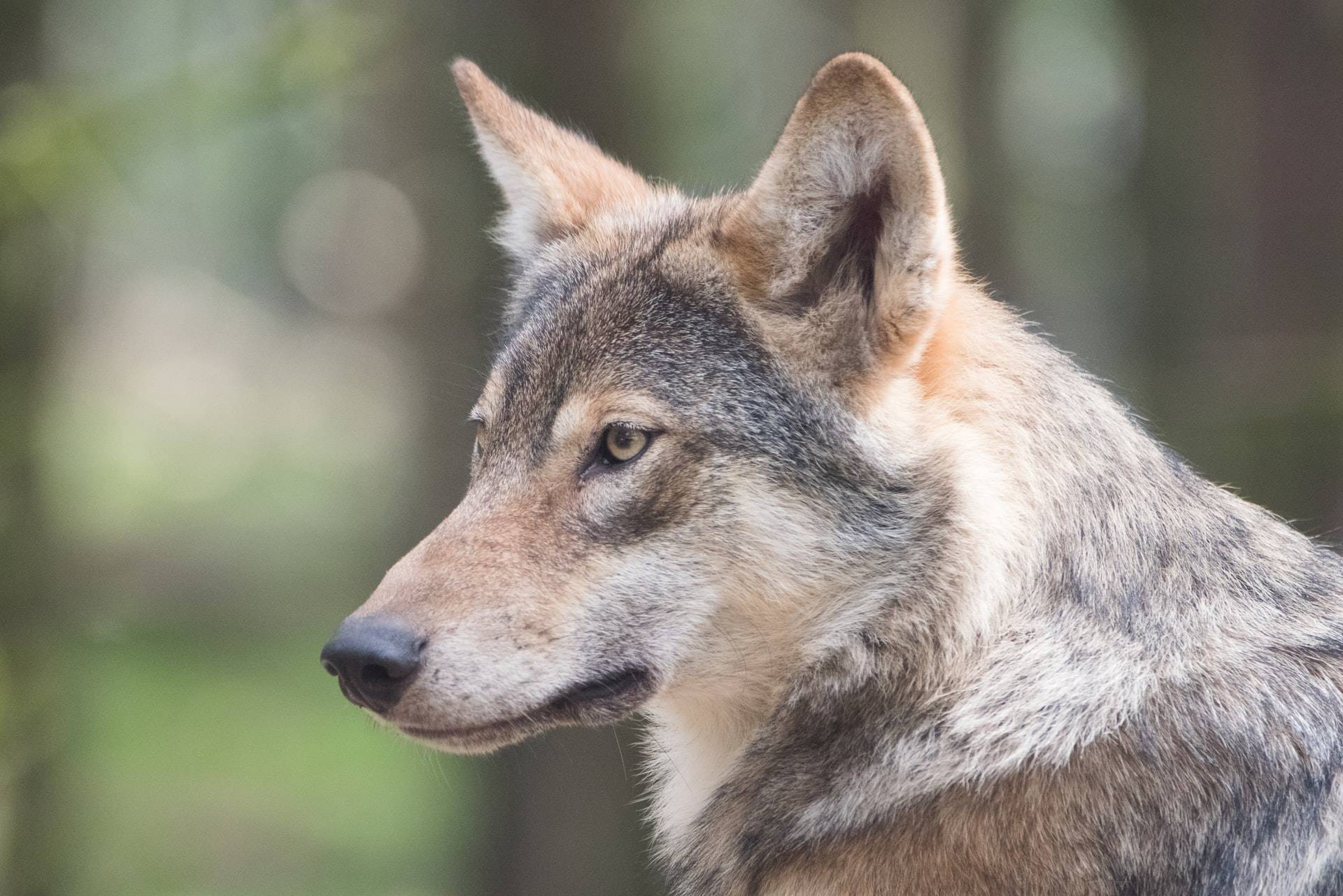 Okay, first of all, let’s address the elephant, or dolphin, in the room. Why in the world did Dr. Breus choose a dolphin when the rest of the sleep chronotypes are fuzzy land mammals? That’s because dolphins sleep unihemispherically. 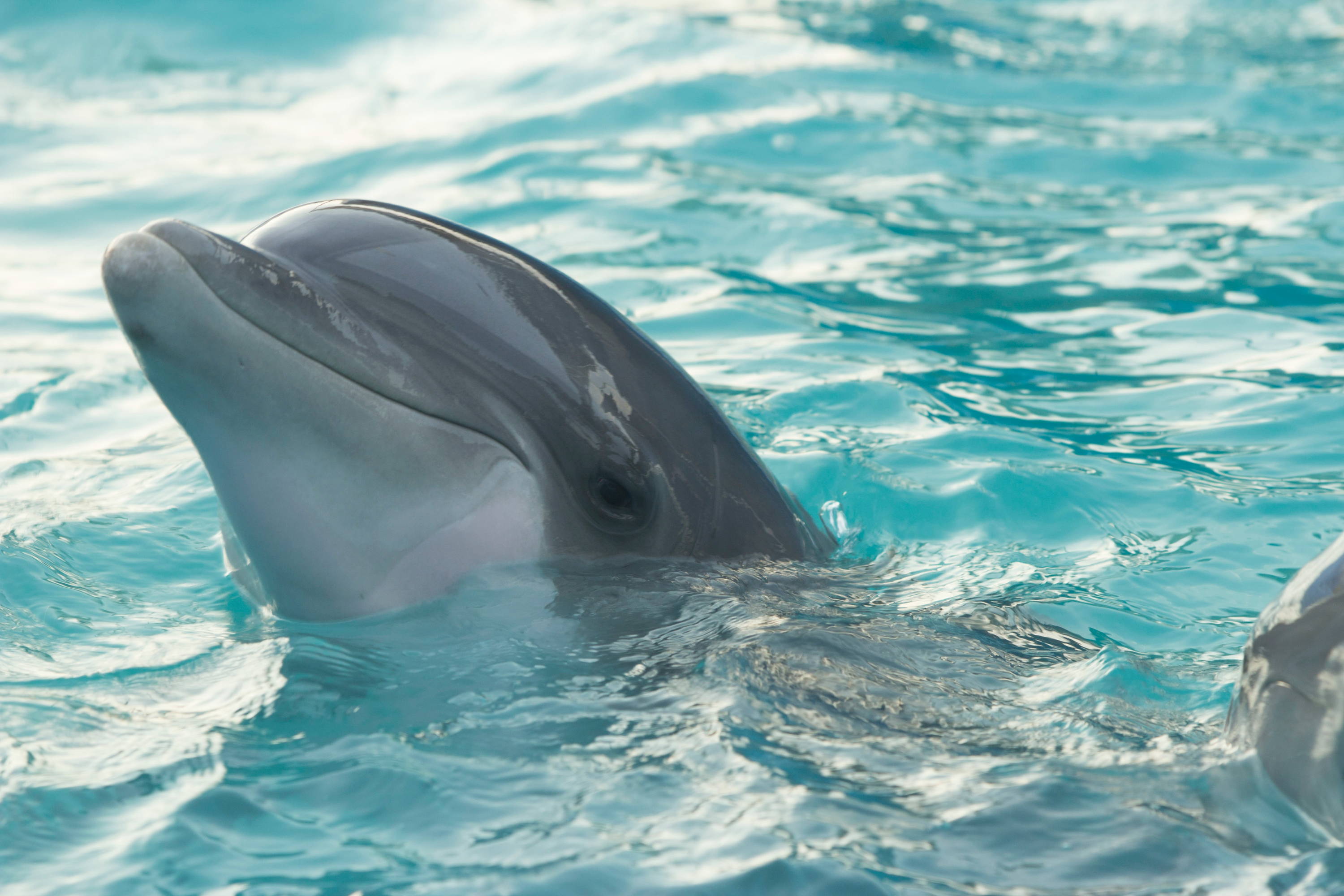 That means when they sleep, only half of their brain is actually sleeping while the other half is awake, keeping an eye out for predators.

As if dolphins couldn’t get any cooler.

So dolphin chronotypes tend to suffer from regular  insomnia, lying awake in their beds, yearning for sleep. (So sorry, dolphins.)

Why It’s Beneficial to Know Your Chronotype

It’s not only fun to see what kind of animal you most resemble in terms of sleep. Knowing your sleep chronotype helps you be more productive. At least, according to Dr. Breus. And since he’s such a sleep nerd, I think we can take his word for it.

Knowing your sleep chronotype can help you determine when it’s best to eat, work, sleep, exercise, talk to your boss about a raise, or even have sex.

How to Determine Your Chronotype

You’re more than welcome to purchase Dr. Breus’s book, which has been featured on Dr. Oz and several other morning shows. It’s called “The Power of When”, and we recommend you support your local small business and buy it from them.

But if you don’t want to buy a book and read several hundred pages about land and sea-dwelling mammal-types, you can take a chronotype quiz or chronotype test online. One of the best chronotype quizzes is actually the one that started them all - the  MEQ.

And if you want a more detailed animal-like explanation that corresponds directly to Dr. Breus’s book, you can take  this chronotype test.

How to Get Better Sleep No Matter Your Chronotype

The best way to get better sleep is to…..drum roll please……

Make getting a good night’s sleep important (over Netflix and Call of Duty). If you put this as an important aspect in your life, like along with eating and drinking, you’ll be on the right track.

But you have to get good, high-quality sleep, not just laying in your bed waking up here or there. How can you do that? Well, here at Weighted Evolution, we know how to help.

When you sleep with a Weighted Evolution weighted blanket, you get the max Deep Pressure Stimulation (DPS) benefits. That means you get to feel a warm, comfy hug on your entire body all night long. That hug helps you enter into sleep faster and stay in deep sleep longer.

So no matter what your sleep chronotype, a weighted blanket from Weighted Evolution can help you sleep better, longer.